From the Roman Empire to Europe

From a geographical point of view the Italian Peninsula can be considered as an extension of the European continent in the Mediterranean basin.
Over the centuries Italy has been a crossroads where people met, thus generating intense exchanges and evocative innovations. 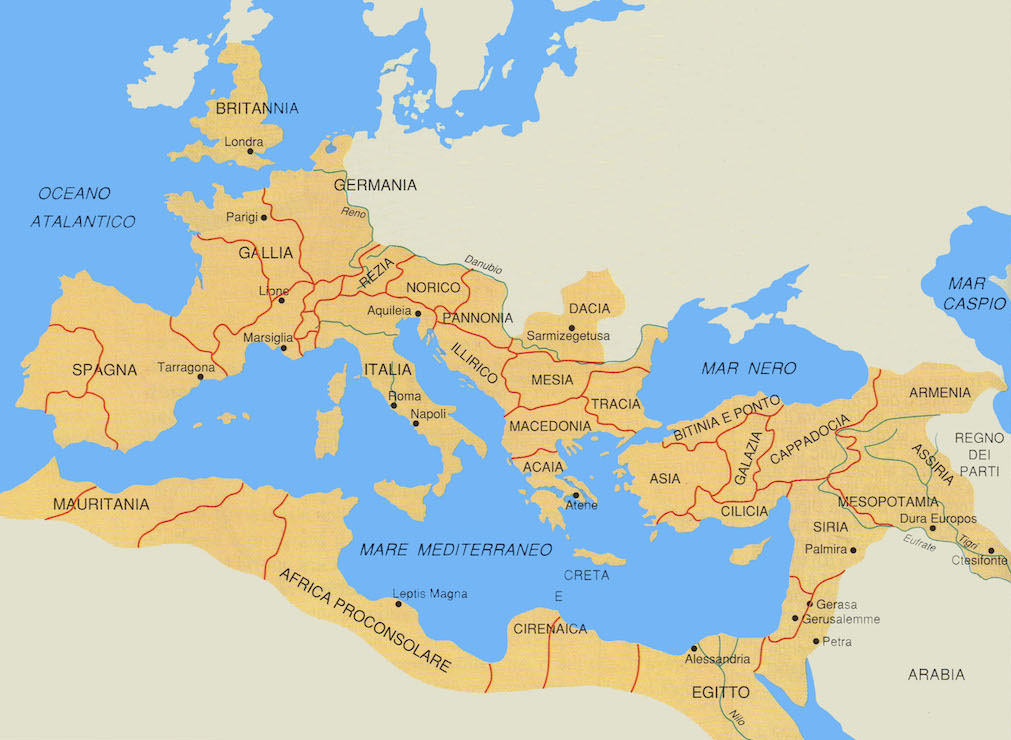 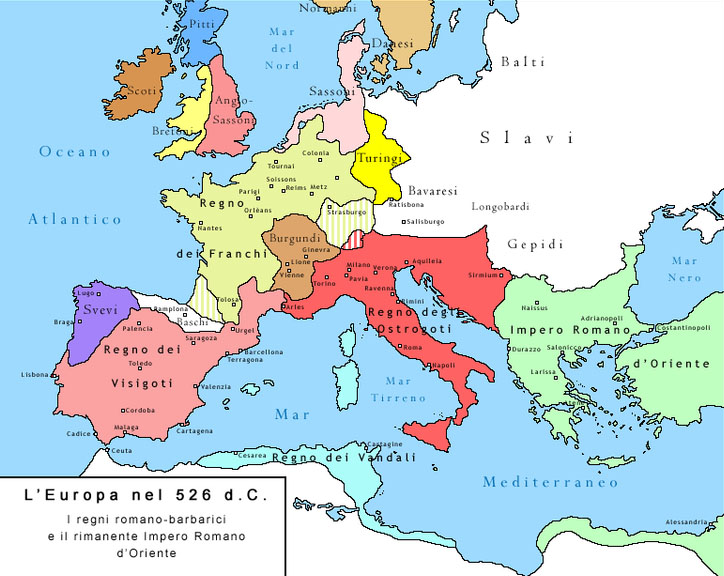 IN THE EARLY MIDDLE AGES

In the Early Middle Ages migratory flows occurred in areas where the cultural background was represented by the Roman legal institutions and the centers of knowledge such as schools and monasteries. This encouraged innovative artistic processes both on aesthetic and technical level.

THE TOWN OF PAVIA

Founded in the first century B.C. as a Roman municipium the town of Pavia is located in a central position between the European continent and the Mediterranean Sea. Moreover, Pavia was situated at the intersection of the most important land and water routes from the British Isles to Rome (Via Francigena), from Bordeaux to Jerusalem (Gerosolimitan itinerary), from East and North to Finisterre (Route to Santiago de Compostela). 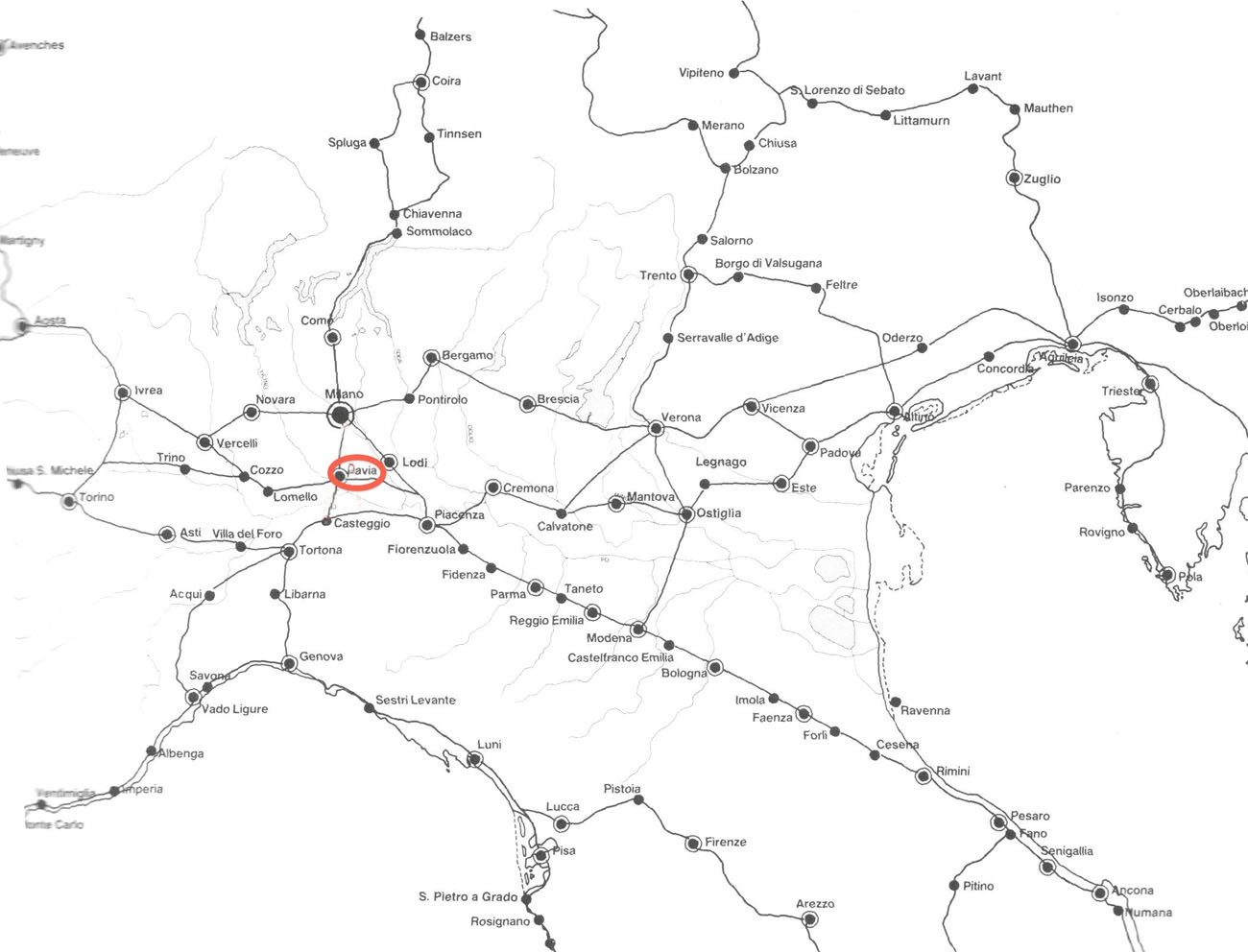 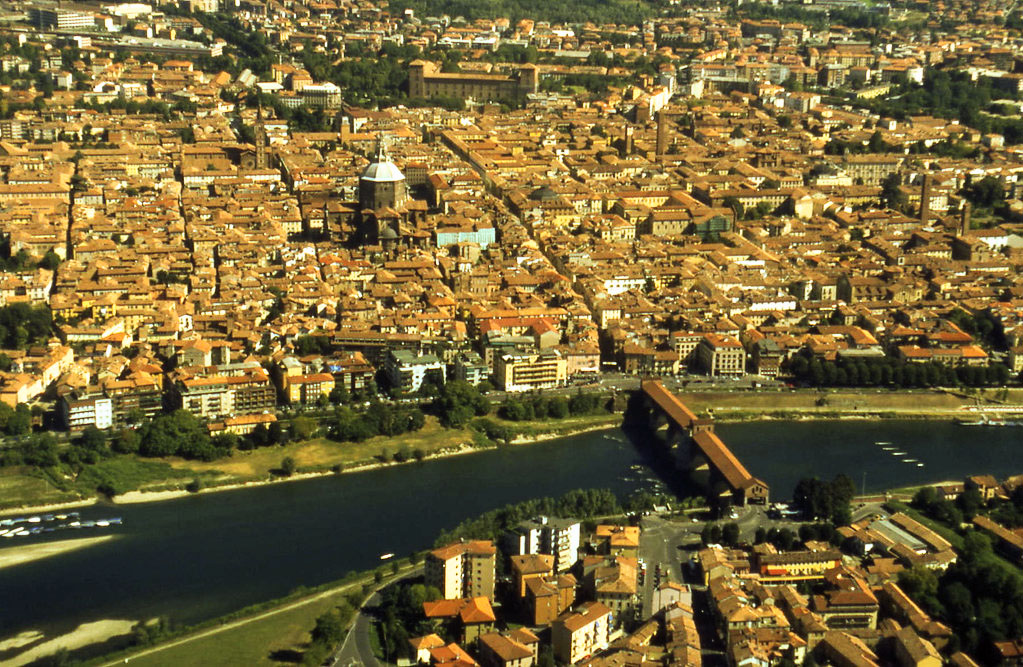 Overlooking the river from which it took the name of Ticinum, Pavia was the seat of the political power alternately with the nearby Milan from late antiquity until the end of the Visconti-Sforza age, first with Odoacre (476-493) and Teodorico (493-526), then with the Lombards (572-774), the Carolingians, the Saxons and the Ottonis (774 – 1024), as capital of the Italic Kingdom.
It was therefore also an important commercial center where precious and rare goods were exchanged from the East through the Mediterranean, sea, Venice and the Po river.

Within this historical context two important monasteries, San Pietro in ciel d’oro and San Salvatore, situated just out of the walls of Pavia, had an important role. These complexes were built thanks to the iniziative taken by Lombard kings and were developed in the Ottonian age. These monasteries became foundations of great importance along a period of time that exceeds the medieval age. 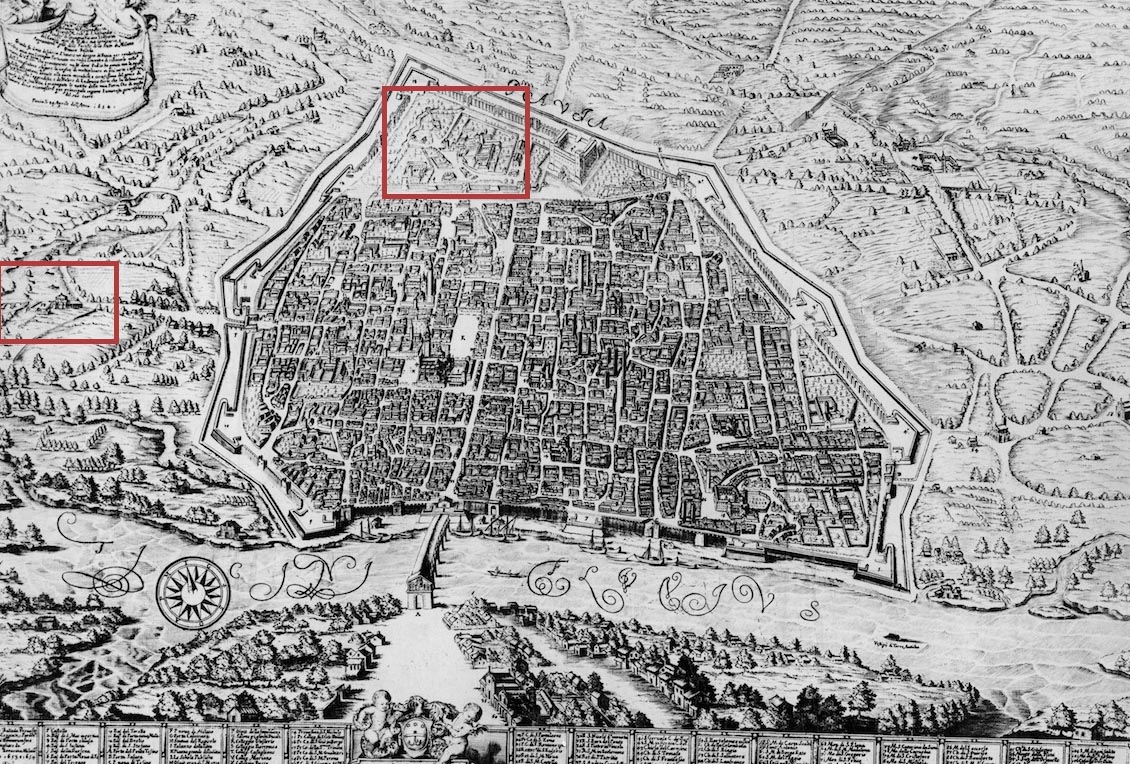 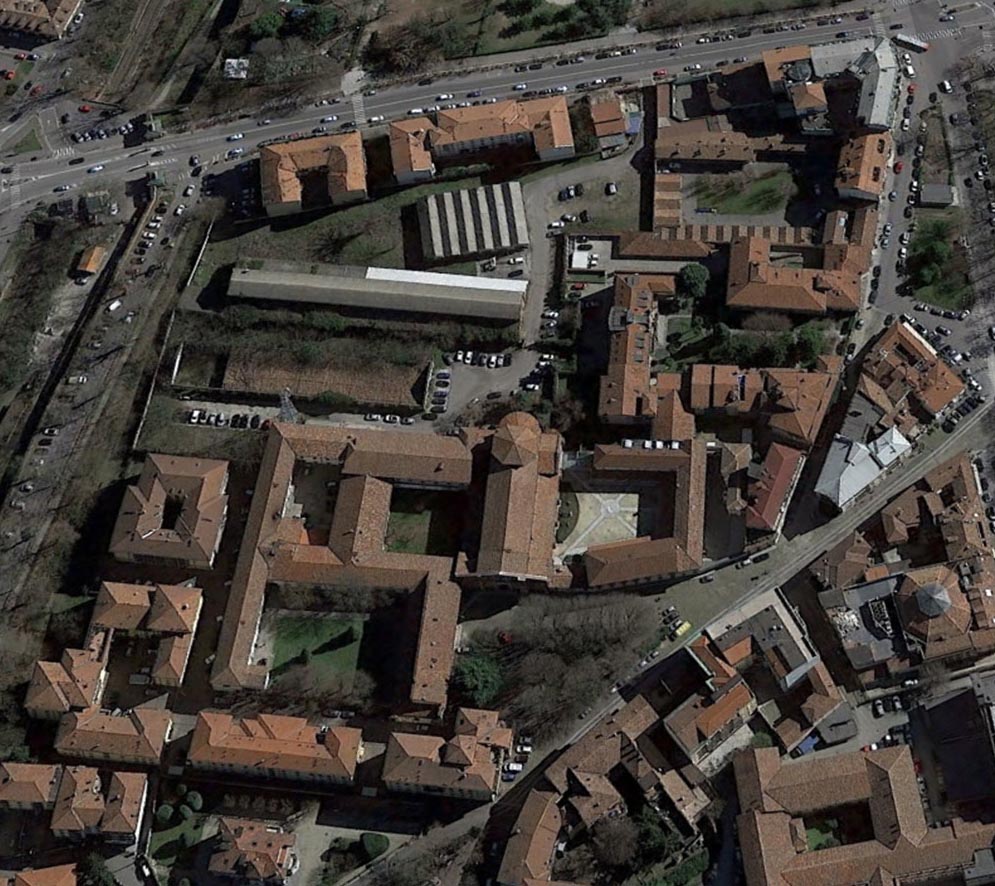 King Liutprando (690 ca – 744) established a monastery in the church of San Pietro along the ancient road that leads to Mediolanum. The relics of Saint Augustine, Doctor of the Church and great philosopher and theologian, were transferred from Sardinia to this church.

The church, which also preserves the relics of the Roman philosopher and senator Severino Boezio, became a pilgrimage destination.
It hosted synods and councils, enjoyed the favor of the royal court and then of the empire and became one of the residences of the court itself after the destruction of the ancient Palatium in 1024, residence of Theodoric, the Lombard kings and the Carolingian and Ottonian kings and emperors, up to Henry II. 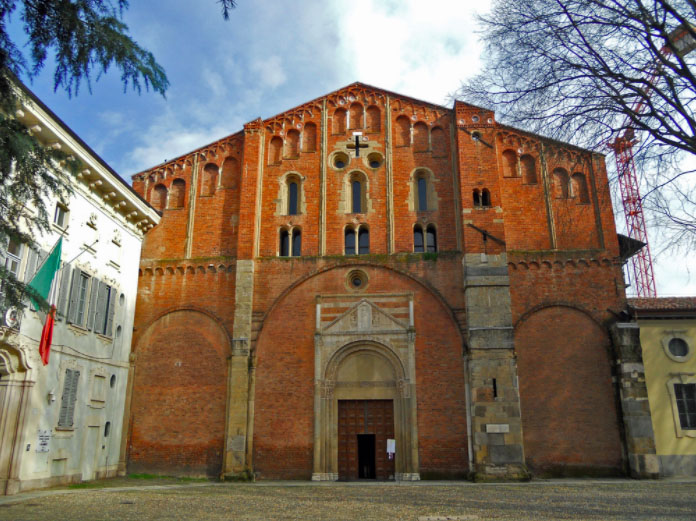 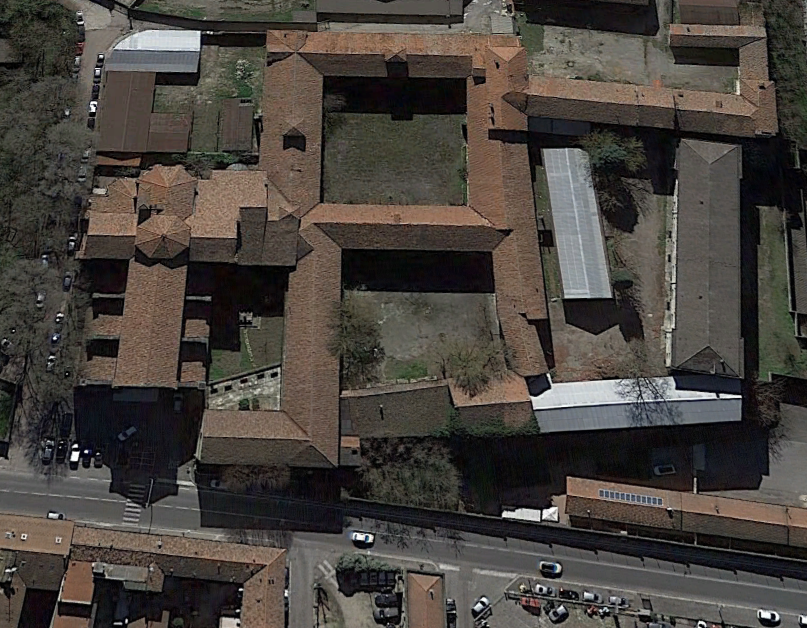 The other great monastery of San Salvatore also enjoyed the favor of the royal and of the imperial court and became another occasional residence of the court itself after the destruction of Palatium in 1024. San Salvatore was located just outside the western walls of the town.

FROM THE MAUSOLEUM TO THE MONASTERY

On the site an ancient Lombard cemetery was originally situated where King Ariperto I (653-661) had placed the mausoleum of his royal family. Later on, a male monastery was established, which in the second half of the tenth century benefit from the attentions of the empress Adelaide, wife of Otto II. 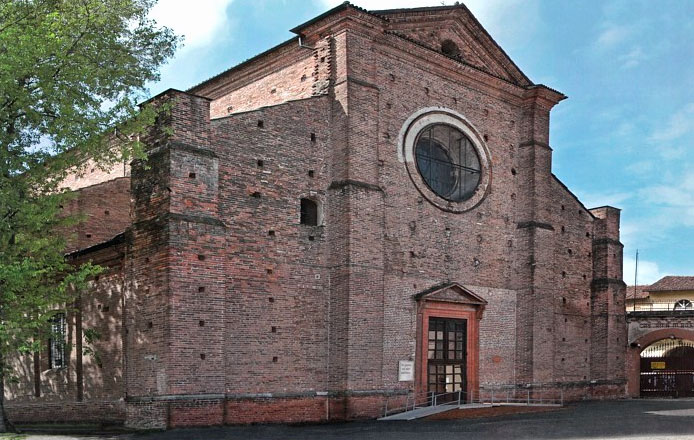 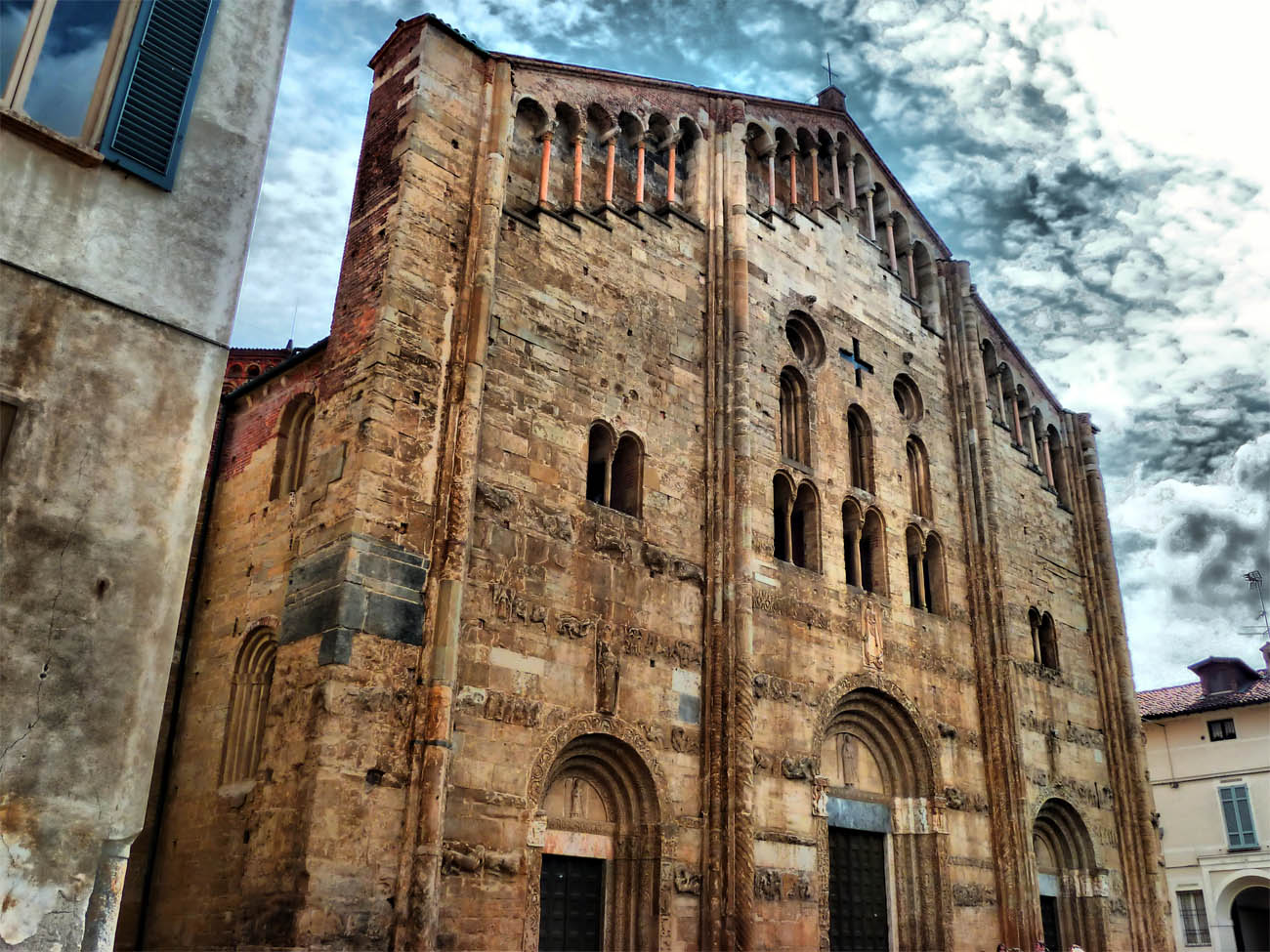 The church of San Michele is considered one of the most important monuments in Italy. Unique among the Romanesque buildings in Lombardy, its facade is characterized by a rich decoration using sandstone instead of cotto with sculptures that have been long restored in order to guarantee their preservation. The early building dating back to the Longobard time, already existing in the 7th c., was destroyed by a fire in 1044; it was replaced by the present church the construction of which started at the end of the 11th c. and ended before the year 1155.

Since its origin, because of the close distance from the Palatium built at the beginning of the 6th c. under Teodorico, the Basilica was called templum regium.
It was considered the royal chapel when Pavia was the capital of the Lombard kingdom; in Carolingian times it hosted ceremonies for kings and emperors, among whom Berengario I, crowned in 888, and Emperor Federico Barbarossa, solemnly crowned as the king of Italy in 1155. 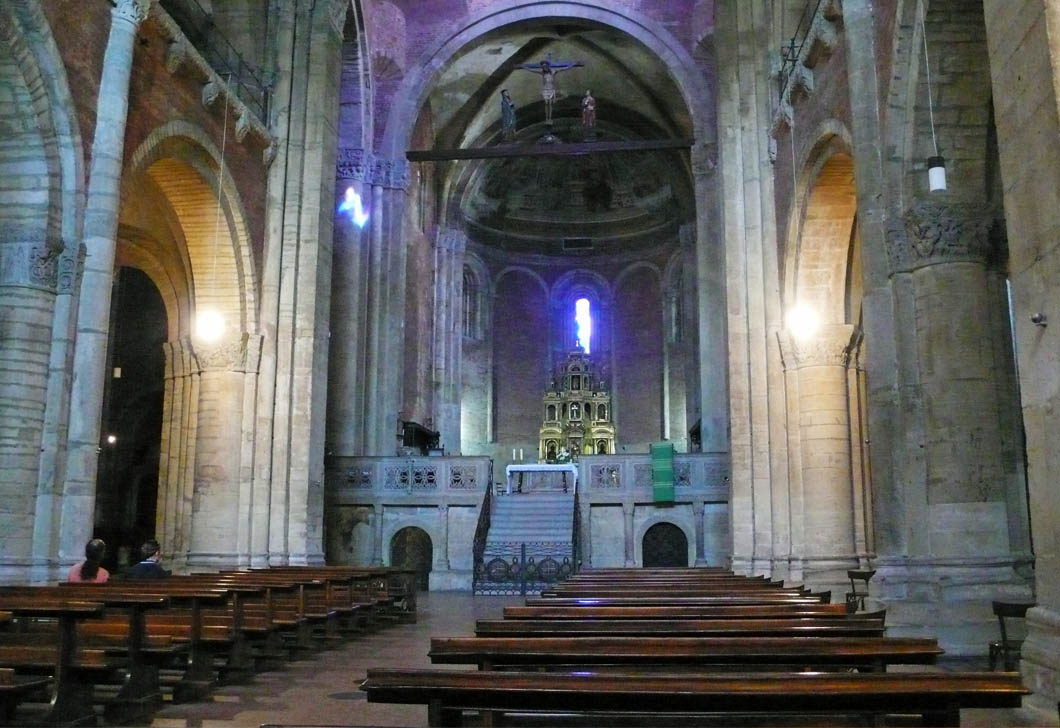 IMPERIAL MONASTERIES
IN PAVIA. THE PROJECT

While it is well assessed that Pavia played a central role in Medieval Europe, still less known to the general public and, to some extent, to scholars is the architectural and artistic heritage of those times.
Privileged view point to highlight the historical role of the town of Pavia among the centres of power in Medieval Europe is the parallel history of the two monasteries of San Salvatore and San Pietro in ciel d’oro, originally included in the network of the great institutions of the Sacred Roman Empire.
In view of this, in 2017 the L’Italia Fenice Association decided to sponsor the project “Pavia – the Imperial Monasteries” with the purpose of enhancing the knowledge of the history of two monasteries in Pavia, i.e. San Pietro in ciel d’oro and San Salvatore, by means of modern investigation techniques integrating the existing documentation in archives and libraries.
The project investigates the Lombard and Ottonian “roots” of the two buildings which, after various transformations, do not show any traces of the original structures because of the rebuilding happened in the 12th c. for San Pietro in ciel d’oro and in the 15th c. for San Salvatore, respectively.

Ideally following a previous project, in 2018 and 2019 in both monasteries of San Pietro in ciel d’oro and San Salvatore further archaeological analyses have been made which have been extended to San Michele, the Royal Basilica, with the aim of reconstructing the history in Pavia from the Lombard period to that of the kings of Italy, by showing novel traces of heritage of the Early Medieval times.
To this purpose a fruitful cooperation was set up between the “L’Italia Fenice” Association and the “Il Bel San Michele” Association which together submitted a new project to the Regione Lombardia Administration. The project was carried out also with the financial support of the Regione Lombardia call for the year 2018 promoting initiatives of developing archaeological areas, recognized or candidate sites in the UNESCO list, and cultural itineraries. 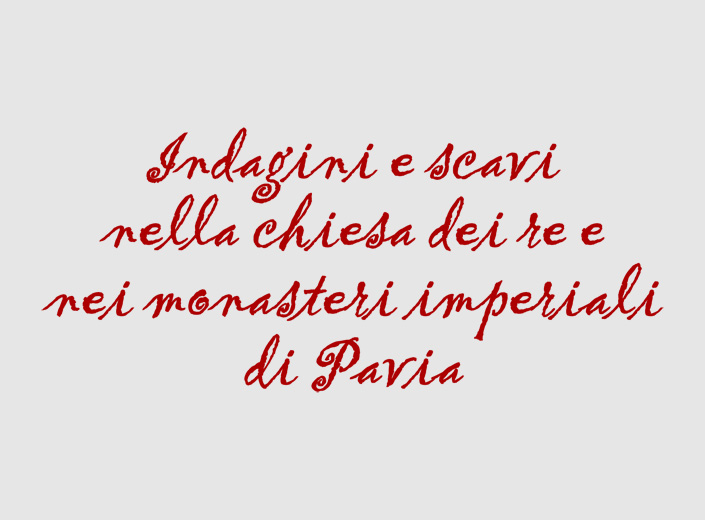