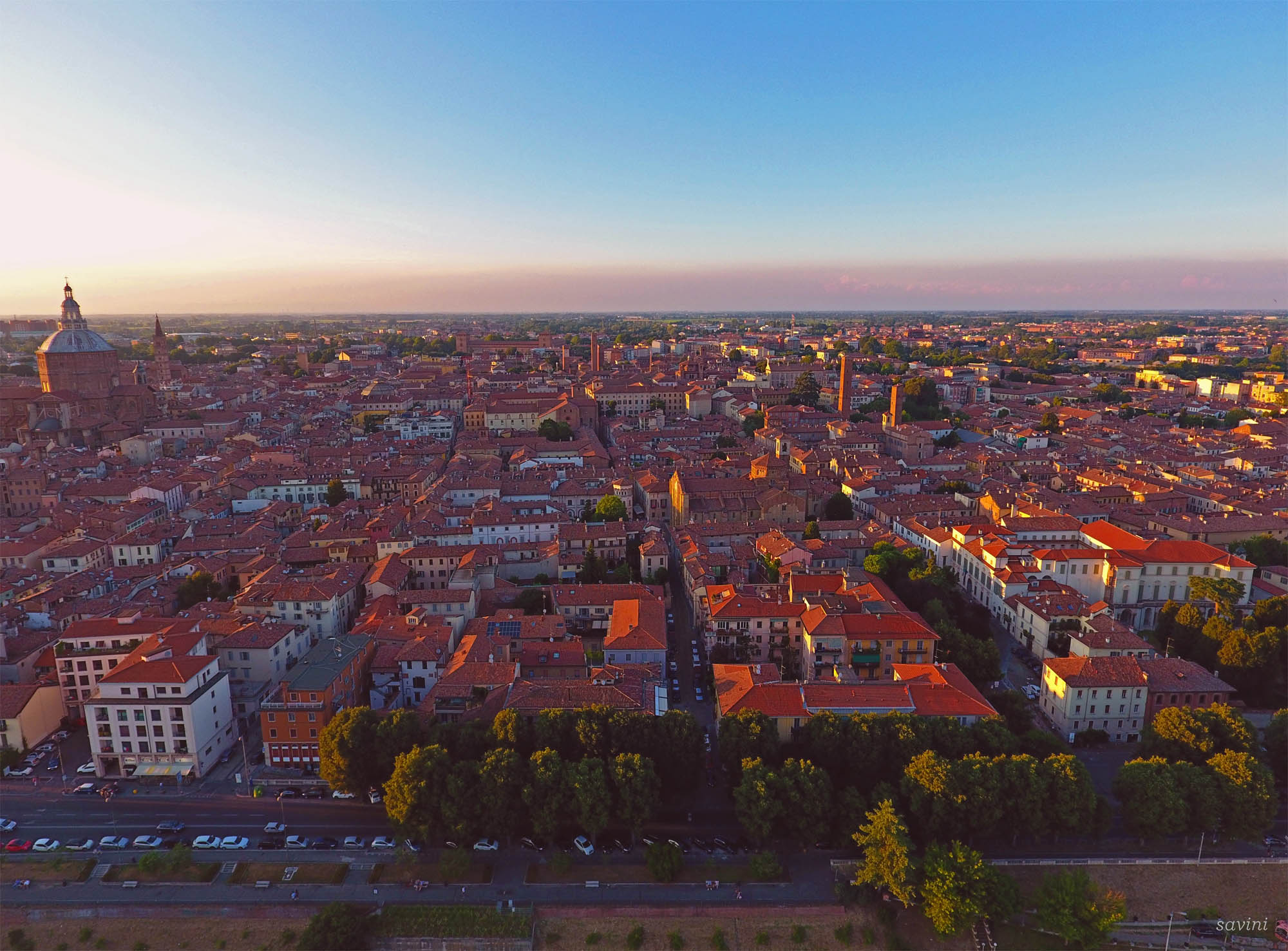 CULTURE IN PAVIA IN THE MIDDLE AGES

During the reign of Teodorico, in Pavia there must have been high cultural enthusiasm between the end of the fifth and the beginning of the sixth century, at the time of Severino Boezio: teaching of rhetoric, philosophy and law was practiced there.
The arrival of the Lombards, that chose Pavia as the capital of their reign, fostered the establishment of a chancellery in the Palatium where Roman law and laws of other civilizations were also well known. In 643 the edict of Rotari was issued by this chancellery.
In the cathedral, as well as in some other churches, literary and rhetorical knowledge was developed; in San Michele grammatical studies were cultivated and, at the beginning of the ninth century, in San Pietro in ciel d’oro a school of philosophy and theology established by Dungallo was active.

THE BIRTH OF THE STUDIUM

This long tradition certainly was at the origin of the request made in 1361 by Galeazzo II Visconti to the Emperor Charles IV to found, specifically in Pavia, a Studium generale utriusque iuris tam canonici quam civilis, nec non philosophiae, medicinae et artium liberalium.
Galeazzo II ordered that all the students of towns subject to his power should only attend the Studium of Pavia, that was divided in two different universities: University of Jurists and University of Artists, each with its own rector in charge.
Lessons were held in rooms located inside private houses or in convents,; in the castle there was a rich library but it remained for private use.
At the end of the fifteen century, Ludovico il Moro decided to allocate a single building to the studies, I.e. the house of Azzone Visconti, close to the San Matteo hospital; the area corresponded to the one occupied by the two courtyards now called Volta and Memorial courtyards, formerly known as Jurists and Artists and Physicians courtyards, respectively. 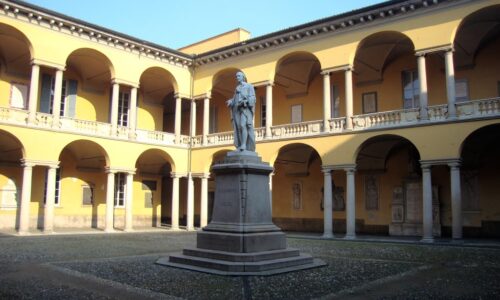 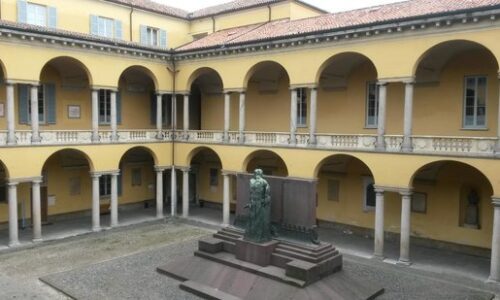 THE EXPANSION OF THE UNIVERSITY – MODERN AND CONTEMPORARY AGE

In the mid-sixteenth century, two two-level porticos were built in the two courtyards, in the area of the house belonging to Azzone Visconti.
Places for culture increased when, in 1561 and in 1567 respectively, two new colleges were founded: the Borromeo college commissioned by Saint Charles and the Ghislieri college commissioned by Pope Pio V. Previously other colleges were established, such as the fifteenth-century Castiglioni college.
Major renovations that transformed the University building to its present state were ordered by Empress Maria Theresa of Austria and her son Joseph II at the end of the eighteenth century. To the south of the two original courtyards, a new courtyard for theological studies – that is now known as the Statues courtyard – was built, incorporating the nearby monastery of Leano. During the twentieth century the University building incorporated four further courtyards that belonged to the fifteenth-century San Matteo hospital, which originally was located behind the first two courtyards .
The more recent transfer of some faculties to the Botanical Garden, to the former Dominican convent of Saint Thomas, and the establishment of the scientific campus just outside the historical city centre, proves that Pavia is a city of culture that during the twentieth century has looked to the future, still firmly linked to its millennial history. 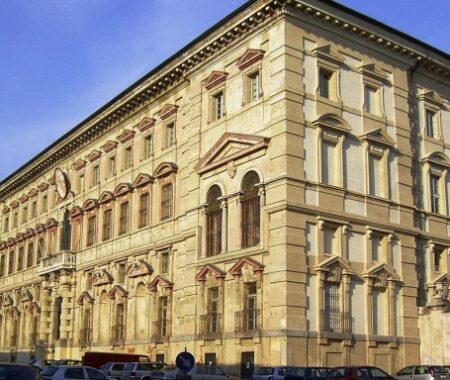 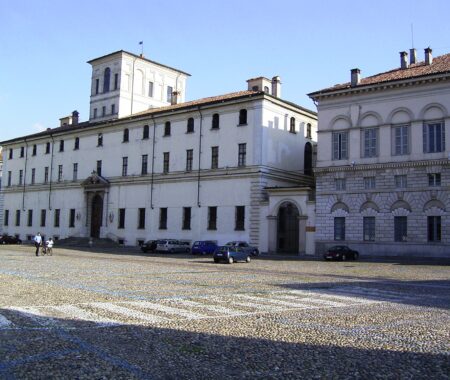 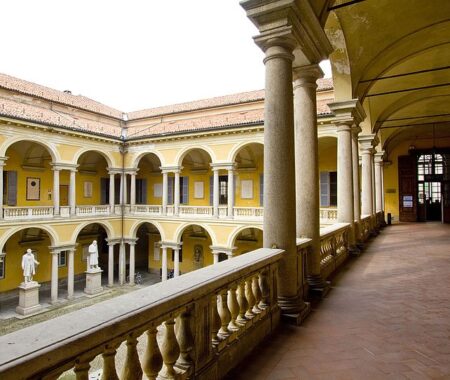 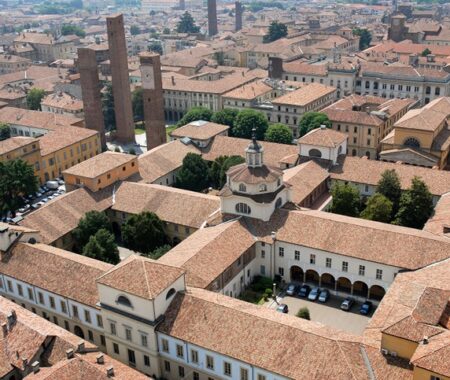 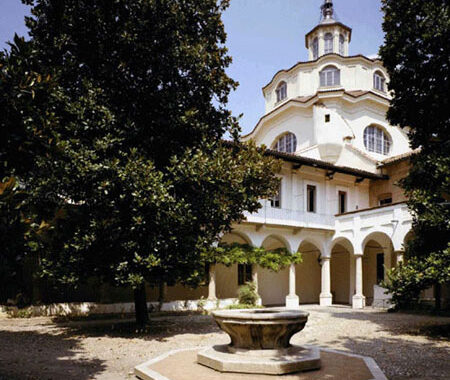